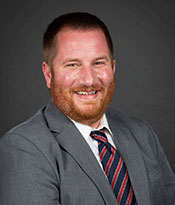 Derek Gorsuch is the Hearing Instrument Specialist located in our Lancaster office. He is responsible for hearing tests, diagnostic testing and hearing aid consultations. Derek also performs cleaning, servicing and programing of hearing devises, most at no charge. Derek is a factory trained Hearing Instrument Specialist with extensive training to help give you the very best care possible in the Lancaster area. Derek is a graduate of West Muskingum High School in Zanesville and Zane State College where he graduated with a degree in Business Management.

Derek is a licensed hearing instrument specialist by the State of Ohio, and has been involved in the hearing healthcare field his entire life. As a youngster, he had the privilege to be around the hearing healthcare field observing his father working with two of the most predominant ENT’s (Otolaryngologist) in Ohio. Seeing how these doctors could help people inspired him to help people with their hearing need. Now Derek works hand in hand with the ENT’s in The River View medical facility, which has brought his journey full circle. 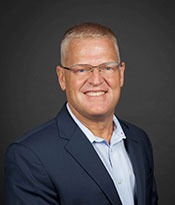 Matt is licensed as a Hearing Aid Specialist by the State of Ohio’s Hearing Aid Dealers and Fitters Licensing Board and has been since 1997.  Matt started his career of helping the hearing impaired in 1997 in Zanesville, Ohio working for Beltone Hearing Center.  In 2000, Matt and the Norvell Family left the Beltone network to better serve the 8 county area that they covered.  In late 2000 Norvell’s Hearing Center switched their supplier of hearing aids to the Audibel Network and have been members of the Audibel Family since.

In 2005 Matt was promoted to Vice President of Operations for the newly formed Echo-Norvell Hearing Aid Services, Inc. in Newark Ohio.  Echo-Norvell was opened in October of 2005 with the knowledge that Licking and Fairfield Counties deserved a much higher level of hearing healthcare.  From the onset, our patients note that Echo-Norvell is a true hearing healthcare facility and not just a place that sells hearing aids. In October of 2013 Matt was promoted to President of Echo-Norvell Hearing Aid Services Inc.

Matt is currently the Vice President of the Hearing Healthcare Alliance of Ohio. He has also been appointed by the Governors office to the Ohio Hearing Aid Dealers and Fitters Licensing Board where he was elected to be the Vice Chairman of the board.

Read a Few of Our Google Reviews

Read what some of our patients have to say about our staff and our office!

Perfect customer service. All your questions are answered without any confusion. Hearing aids fit perfectly

It was a very good experience. It was my first hearing test. He explained clearly to me. I’m not yet to make a decision. It’s expense & I want to make sure I make the right chose.

I really appreciate the customer care Matt and his team have when you walk thru the door and on the phone. I really enjoyed the professionalism and care Matt has with his customers! So glad I decided to go to Echo- Norvell!

Very greatful that echo-norvell was able to help me with the insurance issues where other places was trying to charge me out of pocket for my hearing aids from the first day I heard sounds I've missed for many years .. I would highly recommend them .Thank you Echo-Norvell

Echo Norvell really does keep the patient front and center at all times. It's not about the sales but helping a person to have the best hearing. It is very refreshing to meet a very professional and caring staff!

What a great overall experience, from the moment I walked into the front door I felt comfortable, the testing process was simple and painless. Matt and his staff are top notch professionals and helped me choose a hearing aid the fit my needs and budget. Highly recommended, don’t waste your...

Matt got me in quickly my test was quick, quickly got my hearing aids the same day can't complain!

I only have great things to say about Matt at Echo-Norvell. My husband’s hearing aids were no longer helping. He still had 2 yrs to go before insurance would cover a new pair. Matt took a lot of time to make sure Jerry did not have anything medical causing his...

Select your preferred location by clicking on the circle next to the address.